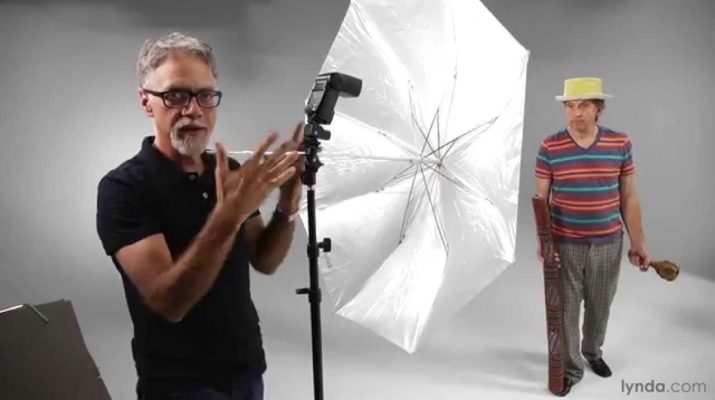 Taking Photos Without FlashWhen taking photos without flash, you’re relying on the image sensor being sensitive enough to capture as much information about the scene as possible, based upon the available light – whether that’s ambient light from the sun (whether the sun is shining directly or being diffused through cloud cover).The larger the sensor, the more data can be recorded and this helps, to a degree, when taking photos in low light conditions, particularly indoors. However, with the more sophisticated, modern DSLR cameras, there are a few settings adjustments you can make, to help improve both the amount and the quality of light that go in to making a nice looking photo.1. Adjust The ISO Setting = Adjusting The Sensor’s Light SensitivityOne of the things you can do to improve the light recording capability of your DSLR is to adjust the light sensitivity of the sensor. This is done by adjusting what is known as the ISO (pronounced “EYE-so”) setting – this is a numerical value and the higher the ISO number, the better your camera’s sensor will deal with low light conditions… to a point! You see, there is a trade-off for this wizardry – the higher you push the ISO setting, the grainier your photos will turn out. This graininess is referred to as “noise” and it lowers the overall quality of the image.A general principle is to keep the ISO setting as low as possible, for the best possible quality in your images. Get to know your camera’s lowest “native” ISO setting. What I mean by this is, on some of the more sophisticated DSLRs, you get the option to select Extended ISO from the camera’s menu and this allows you to digitally take it below the manufacturer’s natural or “native” ISO setting, which is where the camera’s sensor performs at its natural best. For instance, on the Panasonic GH4, you can turn on the Extended ISO feature and this will allow you to take the ISO down to either 100 or 80. Turn off the Extended ISO and the lowest you can get to is ISO 200… this is the Panasonic GH4’s lowest “native” ISO setting.2. Adjusting The Aperture Lets More Light In Through The LensAnother thing you can try and adjust is the Aperture of the lens – this works like the iris of a human eye: the wider it opens, the more light can enter, so the scene looks lighter and brighter; with a narrower aperture, less light can enter the lens, so the image will be darker.If your images are looking too dark when you review them on the LCD screen of your camera, you can try and open up the Aperture. This will require dialing down to a lower f-stop number. For instance, f2.8 is a wider aperture than, say, f8. If, on the other hand, your images are too bright and detail is being lost because of the brightness, you can try and dial a higher f-stop number, to close the aperture down and make the image darker.

However, notice that in both instances I said “you can try”? This is because adjusting the Aperture impacts on the overall image, by adjusting how much of the scene is in clear focus and how much will be blurred. Basically, lowering the f-stop number (widening the Aperture of the lens), increases how much of the background will be blurred (focus on a subject in the foreground and stuff in the background will become defocused – a.k.a. blurred), and you might not want this; you might want everything in the image in clear, sharp focus. The way to do this is to increase the f-stop number (narrowing the aperture of the lens). But, in doing so, you’re going to reduce the amount of light that can come through the lens, so you’ll once more encounter darker images.Adjusting the aperture, to employ what’s called “selective focus” – where you deliberately blur out background subjects in order to make foreground subjects stand out more clearly, helping direct the eyes of those looking at your photos to precisely your chosen subject – is a key part of helping your photos tell a story, so you may not want to adjust your aperture in order to brighten up your image. It depends, if your image doesn’t suffer from the wider aperture, then do so to help aid the image sensor in grabbing as much of the available light as possible.3. Adjusting The Shutter Speed Allows More Or Less Light To Be Recorded By The SensorIf you’ve decided you’ve got the right aperture for your photo and don’t want to alter it any further, then adjusting the Shutter Speed is another way to increase or reduce the amount of light that can be recorded onto your digital image.Basically, when you select a faster Shutter Speed, you’re reducing the time that the shutter stays open and, as a result, less light can reach the sensor, so this will make images darker. Conversely, when you select a slower Shutter Speed, you’re keeping that shutter window open for longer, exposing the image sensor to more and more light. For all the time the shutter is open, the sensor will record every scrap of light it detects. Keep it open for long enough and you will end up with an overexposed image, to the point where you just have a totally white photo, which has lost all of its detail because you allowed the shutter to stay open too long – light rays get recorded on top of light rays, and you end up with a washed-out image. So, you play about with the Shutter Speed, increasing and decreasing it until you have the shutter staying open just long enough to capture the perfect amount of light detail, resulting in a nicely exposed photograph.However, there may be times when you don’t want to adjust your Shutter Speed any further. For instance, you may deliberately want a slower Shutter Speed, because you’re trying to capture movement of, say, a car as it passes with its lights on, and you want to add a sense of motion to your still image, by capturing the light trails as the vehicle whizzes by.Taking Photos With FlashWhen you’ve adjusted your ISO and don’t want to risk introducing any “noise” into your images; and when you’ve adjusted your Aperture to get the right amount of depth of field (e.g. everything in sharp focus or background blurred to make your foreground subject stand out more clearly; and when you’ve adjusted your Shutter Speed as fast or slow as you want it… and you’re STILL not getting enough light onto your sensor, to expose your photo(s) properly? Well, that’s when you need to add some flash into the mix, preferably from an external flash (as you can control direction, as well as the power of the light, to get that perfect balance of light hitting your subject when you take the shot). The “pop-up” flash on your camera is better when you’re able to turn down the power, so you’re just “kissing” subtle light onto your subject, to fill in what would otherwise be lost to shadows, but because it’s facing your subject directly, it tends not to give the most flattering look, especially when taking photos of people. If you can get hold of an external flash unit, you will improve the look by taking the flash off to the side (at an approximate 45-degree angle from your subject).Depending on the external flash unit you get, you will be able to change certain settings on the flash, to add sufficient light when you don’t want to make any further changes to your camera settings.Settings that top of the range flash units allow you to adjust, include:1. Flash Power… this will be a feature of virtually all external flash units, allowing you to keep the ISO on your camera low, by increasing the power of the flash output.2. Flash Zoom… if this is an option on your flash, you’ll be able to select a wide angle setting, to spread the light wider in the foreground; or you can zoom the flash to get it to spread deeper into the scene (but at the expense of how wide the light will spread – the further out you zoom the flash, the narrower the beam).

And Don’t Forget To Experiment With Bounce!When I first got my external flash for my Panasonic FZ1000, I was a bit disappointed with the results, no matter how much I changed the flash power and zoom settings… higher or lower, they made no difference; the photos just didn’t look very good. And then, just pratting about out of sheer frustration, I turned the flash head so it was pointing up towards the ceiling… and with that one change, I got instant improvement with my photos. The reason for this is that, as the light from the flash hits the ceiling, especially if it’s a light colored ceiling, it spreads out and is then redirected back down. As it comes back down, it spreads out. The force of the direct flash is softened and this helps to give a much nicer spread of light down onto your subject. Direct flash (when the flash is pointed “directly” at your subject) tends to be a bit too hard, but when you bounce the light off a surface (it can be a side wall; it doesn’t just have to be the ceiling – so experiment!), the softer light just has a nicer look to it against your subject.One thing you’ll need to, particularly with the ceiling bounce, is find a way to project some of the light forwards – if it all goes straight up to the ceiling, this is when you’ll likely get unpleasant shadows, particularly under people’s eyes, nose, chin (basically, anything that protrudes that will block the fall of the light as it comes down off the ceiling). The flash unit I bought came with has a white strip of plastic that you pull out and this helps to project some of the light forwards. It’s okay, but I found the white diffuser cap, which also came with my Panasonic flash, and fits over the flash head, helps to soften the light coming out of the flash, as well as projecting slightly more light forwards, even when doing a ceiling bounce. Other products that seek to enhance this forward spread of light, are Gary Fong’s Half Cloud, and Rogue’s Flash Bender, both of which increase the area the direct flash light hits as it leaves the flash head, thus throwing even more light towards your subject than a basic diffuser cap, helping to fill in more of the shadows. So far, I’m happy with the results I’ve been getting with a simple diffuser, but I am considering experimenting with those other two flash attachments, and that’s possibly something you’ll want to consider, too. The way to Pose for Photos? four Tricks to Look Photogenic!