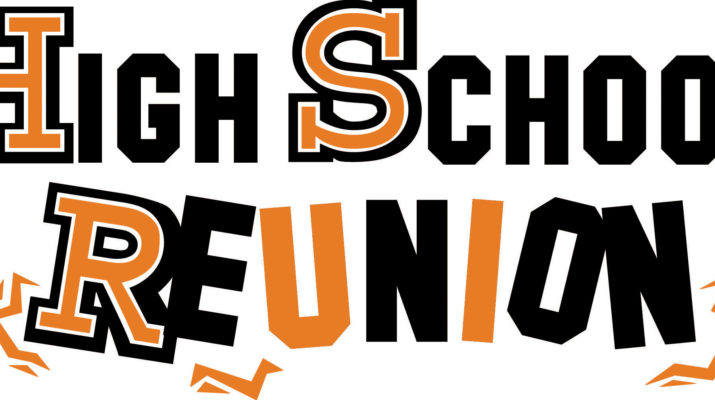 This summer marked number 35 for me, and I celebrated it the same way I did all of my other high school class reunions. I stayed home.Of the 320 people who graduated with me way back in 1981, I have kept in touch with the half dozen I was close to back then. The others, while I wish them no misfortune, I really have no desire to reconnect with.Even though class reunions are not for me, I have enjoyed TV shows with characters who have attended theirs. Here are seven classic sitcoms that aired an episode on which at least one regular member participated in a high school class reunion.All in the Family

Archie (played by Carroll O’Connor) reluctantly agrees to accompany Edith (played by Jean Stapleton) to her reunion, where the most anticipated guest will be her high school sweetheart Buck Evans. The former track star, now obese and bald, is unrecognizable to everyone but Edith.The Andy Griffith ShowDeputy Barney Fife (played by Don Knotts) anticipates rekindling his romance with Thelma Lou (played by Betty Lynn) when their Mayberry class gets together, only to find that she has married someone else.The Love BoatJulie McCoy’s (played by Lauren Tewes) fellow grads are celebrating their tenth on board The Princess, where she finds that her former boyfriend is still attracted to her and her favorite teacher (played by Raymond Burr) is an alcoholic.Married With ChildrenPeg Bundy (played by Katy Sagal) attends her reunion with the sole intention of being elected as Prom queen, a goal she manages to accomplish with some underhanded help from son Bud (played David Faustimo and daughter Kelly (played by Christina Applegate). By the way, the reluctant Al (played by Ed O’Neill) found himself in a fight with a fellow grad.

The SimpsonsAn episode titled “The Front” is centered on the reunion of the Springfield Class of ’74 of which both Homer and Marge were members, only Homer finds out from Principal Dondelinger that he never actually graduated.Family GuyPeter Griffin goes to his high school reunion and meets NFL quarterback Tom Brady in an episode appropriately called “Patriot Games.”Golden Girls”Home Again, Rose” is the name of the episode in which a heart attack forces Rose (played by Betty White) to miss her class reunion. Instead, the gals all later attend Blanche’s (played by Rue McClanahan) and pretend to be other people.