Friends is a television series that seems to have stood the test of time. The characters resonate with people of all ages and the stories running through are believably and most importantly funny. The main characters all have their own demons that they are battling with in one way or another. One such character is Monica. When we first come across her in her work she is busy preparing a tasty dish over something like a Commercial Combination Ovens pretty much like the type you can see at https://www.247cateringsupplies.co.uk/catering-appliances/commercial-ovens-and-ranges/combination-ovens. Monica has cleverly turned her problematic love of food (which saw her become extremely over weight as a teenager) into something positive. Here are some of her best bits involving cooking and food.

Monica was always the one that wanted to please and her Thanksgiving spreads even attempting to make everyone’s favourite types of potatoes and a sublime Mac and Cheese for Chandler because the meal reminded him of when his parents broke up is even a bit sad as Rachel locks them out of the apartment by accident. Her lifting up of blackened solid lump of what should be mashed potatoes seems a bit cruel on her.

The other bit of genus that she makes is the creation of what Ross dubs the “Moist maker”. Again, this is Thanksgiving related as all the bits left over, mainly the Turkey get put in the sandwich but the clever bit is the inclusion of a piece of gravy soaked bread in the middle keeping the Turkey from drying out. Its not surprise that when he finds its been only half eaten Ross utterly loses it as it’s just the final straw after a tough year. If you get the chance watch the scene without the canned laughter and music that’s available. It makes it seem like it’s taken out of Goodfellas. 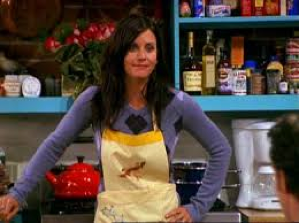 Her efforts always seem to be unappreciated as well. Her Mother has little faith in her making sure that she has some frozen Lasagnes in reserve at a party in case she “pulls a Monica” and messes it up. She doesn’t and the food is very well received. Another time she has the opportunity to get a job working for in a top restaurant. All she has to do is create some killer starters and a main then dessert. The only problem is that the person coming to see her has the munchies from smoking a joint. “Tartlet, Tartlet, Tartlet…” he repeats at least 6 times and some dainty ones are placed in front of him which he devours without even savouring them. He then wants to make Mac and Cheese but Monica has had enough by this point and chucks him out.

There is her failed Jam making in an attempt to get over a much-missed lover until she finally settles at Asian fusion joint Jarvoo. Only to have an offended Phoebe sing offensive songs about the place right outside the door. 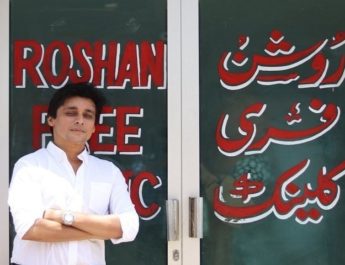 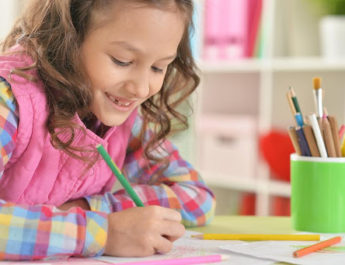 How to keep kids busy in summer vacations? 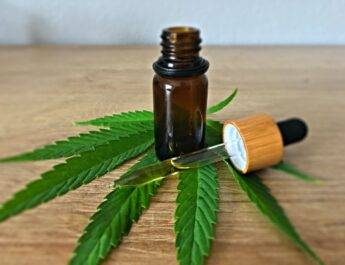 Cannabidiol: What you should know about CBD!