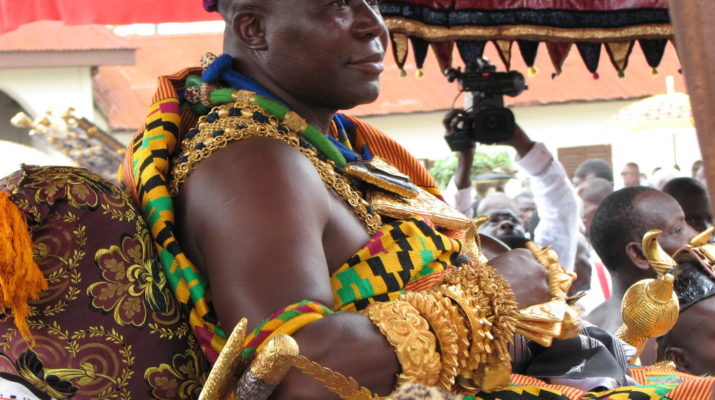 In 1996, in Kumasi, Ghana, Kwame Mainu had succeeded in persuading the albino linguist, Kofi Adjare, to leave what remained of the drugs cartel. A few days later, his estranged wife, Comfort, telephoned to tell him to come quickly because Kofi had been kidnapped. He drove quickly to Comfort’s house where he found his wife, Auntie Rose and the British agent, Tam Gordon, deep in conversation. They hurried to tell Kwame what had happened. Two men had called at the house while Comfort and Auntie Rose were at market. They had forced Kofi Adjare into a car and driven off.The maid thought that the car was like one she had seen Mama Kate riding in. ‘Tam also saw them leave,’ added Auntie Rose.

‘Yes,’ said Tam, ‘the car was a new Alfa Romeo.”Mama Kate definitely had an Alfa Romeo,’ said Kwame, and Kofi Boateng used to drive it. Maybe the two men who took Kofi Adjare were Kofi Boateng and Bra Yaw.”Are we sure we know why they took Kofi?’ asked Kwame, although he thought he knew several possible reasons.’They probably want to prevent him giving information about their activities that might incriminate them,’ said Tam.’But we had no intention of reporting to the police,’ said Auntie Rose, ‘That would have got Kofi into trouble.”The kidnappers wouldn’t know that,’ said Tam.’No, and we mustn’t involve the police now if we want to keep Kofi safe,’ said Kwame, ‘If the kidnappers think the police are involved they might silence Kofi for good.’Kwame asked Tam how he came to be around just at the time Kofi was taken away. ‘My duty was to watch your back, as I did during your last trip to Kumasi,’ Tam replied, ‘but when I realised you had turned Kofi around, I saw that he was in the greater danger so I kept surveillance here. I saw the Alfa arrive but unfortunately I was too far away. By the time I got near enough to intervene they were struggling to push Kofi into the car. The kidnappers were armed with knives and cutlasses. I had my pistol but I couldn’t shoot without fear of hitting Kofi. My orders are to avoid using my weapon except in an immediately life-threatening emergency.’

Kwame said that he was very glad no shots had been fired. This might have attracted the attention of the public and the police, and made the situation much more complicated. ‘If we can’t go to the police, what can we do?’ asked Tam.’We can do what we already planned to do in this sort of situation,’ said Auntie Rose, ‘We can appeal to the Asantehene (King of Ashanti) for help. If we fully explain the situation I am sure Otumfuo (the Powerful One) will order Kofi’s release.”What can I do to help?’ asked Tam.’Return to keeping a low profile,’ said Kwame, ‘This is Asante business that we must settle between ourselves.’